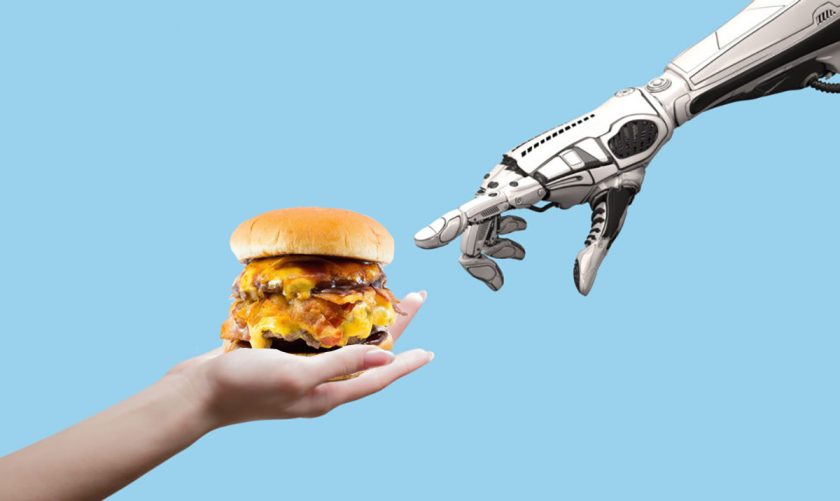 Several restaurants – including a San Diego Jack in the Box and a CaliBurger on the West Coast – have robot fry cooks. The Flippy 2 robot from Miso Robotics Inc. in Pasadena, Calif., has automated the process of deep-frying potatoes, onions and other foods, Reuters reported.

Cameras and artificial intelligence control the Flippy 2 robot, having it pull French fries out of a freezer, place them in hot oil and then put the cooked potatoes on a tray. Flippy 2 can prepare multiple meals requiring varied recipes all at the same time, which means restaurant owners can trim their kitchen staffs. This holds potential for big savings for fast-food franchises that have been challenged by a skimpy labor pool for at least the past year.

Miso Robotics CEO Mike Bell told Reuters that when orders come in, Flippy 2 automatically receives instructions and goes to work. This streamlined process is, of course, faster, and it’s also more reliable than the human equivalent, he said – a customer-pleasing result.

And how do customers react when they see the bot at work? At first, Bell said, “they all take pictures. They take videos. They ask a bunch of questions. And then the second time they come in, they seem not to even notice it – just take it for granted.”

Back Story for Flippy 2

Miso engineers spent five years developing Flippy 2, which has only recently debuted commercially, Bell said. Miso engineers play Big Brother as Flippy 2 goes through its paces. They can watch on a big screen as Flippy 2 robots work, which allows the engineers to solve any problems that crop up.

The Flippy 2 name represents the next generation of a robot that Miso designed to flip burgers. Miso team members soon realized there was a much tighter bottleneck at the fry station, Reuters reported, so they quickly went to work on Flippy 2.

Some Flippy 2s Fry Under the Radar

Bell said several restaurants, including a White Castle in the Midwest, have put Flippy 2 in harness. Some other fast-food chains also are using Flippy 2, he added, but they’re tight-lipped because they don’t want to appear to be eliminating human jobs.

Bell, however, defended the high-frying devices to Reuters, saying “the task that the humans are most happy to offload are tasks like the fry station. … They’re delighted to have the help so they can do other things.”

Next Up: A Sippy Robot

Miso Robotics’ next innovation is expected to be Sippy, a drink-making robot that will take customer orders, pour drinks, put lids on the cups and insert straws.

Bell predicts that restaurant customers someday will walk in, observe robots in action and say, “Remember the old days when humans used to do that kind of thing?” It’s a certainty, he told Reuters. “It’s just a matter of … how quick.”