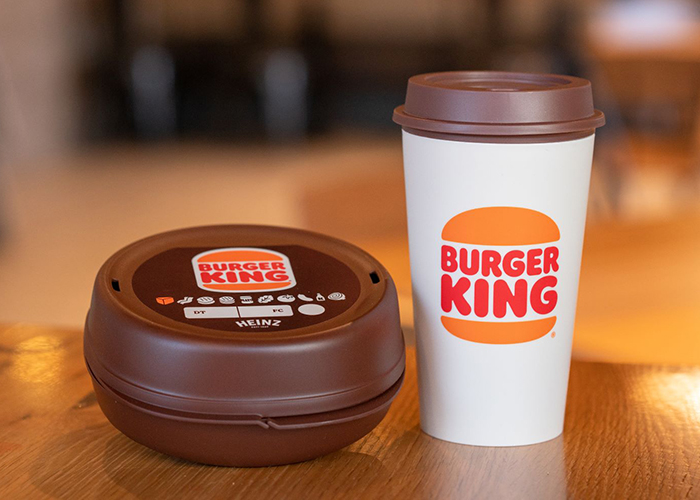 Burger King UK is the first United Kingdom fast-food corporation to test reusable, returnable containers for sandwiches and sides. The pilot program is a partnership between Burger King UK and Loop, a reusable packaging developed by TerraCycle, a private recycling company based in Trenton, N.J.

Burger King UK will try out a reusable cup and the first reusable clamshell container for burgers while using customers’ feedback as guidelines for future packaging plans, the fast-food franchisor announced in late April. The trial program, which started April 26 and will end Sept. 5, 2022, is underway in five restaurants in Ipswich and Newmarket.

“We’re excited to see how the trial performs over the next five months and help us reach our goal of eliminating single-use plastic within our restaurants by 2025,” Nicola Pierce of Burger King UK said in making the announcement. Burger King UK also has set a goal of cutting carbon emissions 41% by 2030.

Here’s how the pilot program works: To participate, Burger King UK diners will pay a £1 deposit (about $1.25 in U.S. dollars) for a reusable cup or container instead of opting for disposable packaging. Ten Burger King UK menu items are being offered in the Loop re-usable containers, including six- and nine-piece Chili Cheese Bites, the Whopper burger and the Crispy Chicken Sandwich.

To return their reusable cups and containers, customers use the Loop’s app, scan the container’s barcode and return the item to a Loop bin. The bins have been placed outside the trial restaurants as well as at other sites that can be located by means of the Loop app. After returning the containers and cups, customers receive a refund on their deposits. The returned items are professionally cleaned and sanitized using Loop’s system and then are ready for reuse.

Similar TerraCycle/Loop pilot programs have been tested elsewhere. McDonald’s, Burger King and Tim Hortons were trying out reusable sandwich boxes and cups in New York City, Tokyo and Canada locations last fall. Customers of these restaurants also paid a refundable deposit to take part. In April 2021, Taco Bell announced it would team with TerraCycle to recycle its hot sauce packets, some 8 billion of which are used each year. Tom Szaky, founder and CEO of TerraCycle and Loop, stated that “consumer demand for more sustainable options is at an all-time high, and the customer response to this exciting trial will be used to inform future plans for long-term reusable and returnable packaging.”

What Food Franchises Does Shaquille O’Neal Own? 34538

Why is Chick-fil-A Better Than McDonald’s? 5626