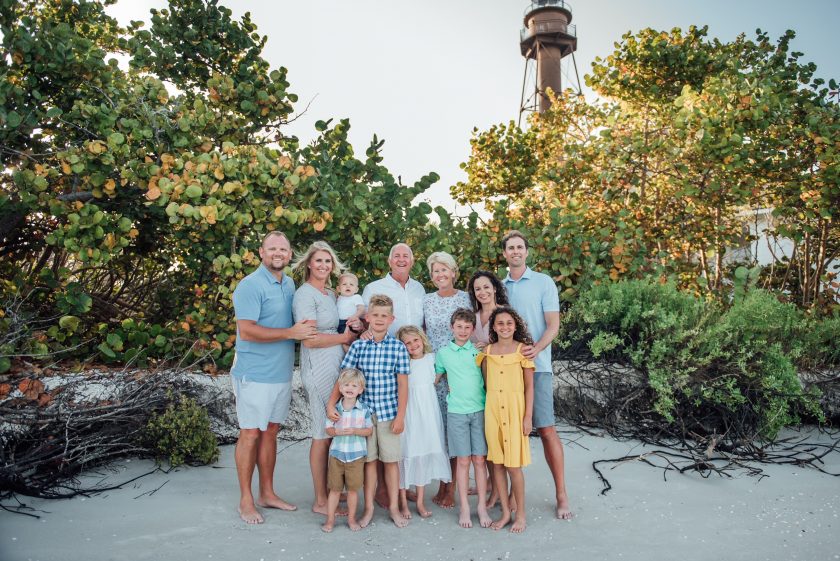 The traditional definition of “legacy” would be, “money and wealth a person leaves for their family.”  Other sources define it as, “the richness of an individual’s life including what that person accomplished and the impact he or she had on people and places.” I would define “legacy” as a combination of both: financial inheritance, and personal impact on others.  Leaving your heirs money and wealth is great, but knowing you’ve made a life-changing impact on the lives of people is even better. As the ageless proverb says, “You can give a man a fish and he will eat for a day.  But if you teach a man to fish, he will eat for a lifetime.”

A life lived is a legacy left. It will either leave a positive or negative impact. A father’s positive legacy can usually create an environment that will enhance the lives of his family. While regrettably, an undesirable legacy can have a devastating impact for generations.

A short time ago I had a conversation with a friend about a recent conference he held with his franchise owners. He said their best-attended session was one dealing with the subject of “business legacy.” Apparently, the subject was very important, and people were eager to learn more.

In the franchise world, there is a transition taking place between baby boomers and millennials. Those in their sixties and seventies are looking to retire and leave their businesses.  In the family-owned franchises, the thirty- and forty-year-olds are wondering what the future holds for them when Dad steps aside, retires, and sells the business.

When I started my first franchise nearly 35 years ago, in my early thirties, leaving a legacy was not top of mind. As I now find myself at retirement age, conversations about legacy have increased among my friends and colleagues.

Lately, I’ve had discussions with others regarding the later seasons of life. As a result, I’m learning how important it is to follow three steps that are essential in creating a meaningful legacy.

How to Create A Meaningful Legacy

In life and business, it is essential to define your purpose.  Even though it may be a bit uncomfortable and unconventional, fathers who are business owners should consider asking themselves five thought-provoking questions.

Who is the person I want to become?

What motivates me to do what I do?

What will I be remembered for most?

What am I accomplishing today that will leave an impact for tomorrow?

Is my life defined by a balance of success and significance?

Identifying your answers could potentially be life-changing. They may offer you a new direction or confirm your life journey is on target. In the end, your investment of time and analysis will have great value to those who are most important. It’s never too late to participate.

As a franchise consultant, I have played a part in helping people build their legacies. Several years ago, I guided a candidate (Larry) through the process of finding a franchise to meet his personal and business goals. He was in his late 50s and wanted to transition from his job once his business was able to cover his salary. He also wanted a business that would take him into his retirement years, ultimately passing it on to his family. Now, nearly 15 years later, his goals have been accomplished.  After three years, he transitioned from his corporate job to his business. His discount hair salon business grew to 10 locations. On several occasions, he has been honored by his employees and community for the positive ways he has invested in the lives of people. During the last couple of years, he reinvested in his business by bringing his son and son-in-law into the business. Together they purchased an additional 20-store agreement. His college-aged grandson is studying business and plans to join the family’s organization following graduation. Larry knew who he was and what he wanted to accomplish. Now in his seventies, he’s watching his legacy unfold before his eyes. His purposeful actions are having an impact on the lives of his family and friends.

Preparing well for leaving a positive legacy requires education. Learning from others is critical to creating a well-balanced outcome for your family. There are many professional advisors who can assist you. Attorneys, accountants, and financial planners will guide you through the development of a well-determined sale or transition. Not taking the proper precautions may result in conflict or unintended consequences.

I recently had a conversation with a business owner who has spent more than 40 years running his family business. His wife and adult children are all actively involved in the business. Unfortunately, many assumptions have been made through the years about who will take over the business someday.  Now in their mid-seventies, the owner and his wife need to make an exit from the business a top priority.  Because of many assumptions and limited communication, conflict has arisen in the family causing a strain on relationships. Fortunately, they have recently received great advice from attorneys and consultants who are preparing a viable “buy-out” plan for the business. As a result, the family relationships will be protected and future secured.

Learn from others, communicate well and often, don’t make assumptions, and execute a plan.

Being intentional as a father simply means you plan to “own” your legacy. As a father, I have chosen to take the leadership role in my life, family, and business. Through the years, I have come to realize I set the tone for my family. I understand I need to lead by example. The inheritance I hope to leave for my children and grandchildren is driven by a pursuit of striving to “finish well.” My intentional goal each day is to, in some way, have a positive impact on the lives of people I come in contact with.  Being a cancer survivor has also given me a perspective on how fragile life can be. Now I try to cherish every moment and create long-lasting memories.

I recently came across a statement by Zig Ziglar which has made a significant impression on me.

“If your presence doesn’t make an impact, your absence won’t make a difference.”

God has blessed me with a loving family and faithful friends. It is my intention as a father to make a positive impact and difference in the lives of people around me. My hope when it’s all said and done is for my life to be defined as well lived for others, leaving behind a meaningful legacy.

Mark Pasma
Mark Pasma is a veteran franchise consultant who brings more than 30 years of experience as the owner of several franchise companies. He offers franchise candidates first-hand knowledge of life as a franchise owner. Today, he continues to leverage that experience working directly with IFPG and Franchising101.com.