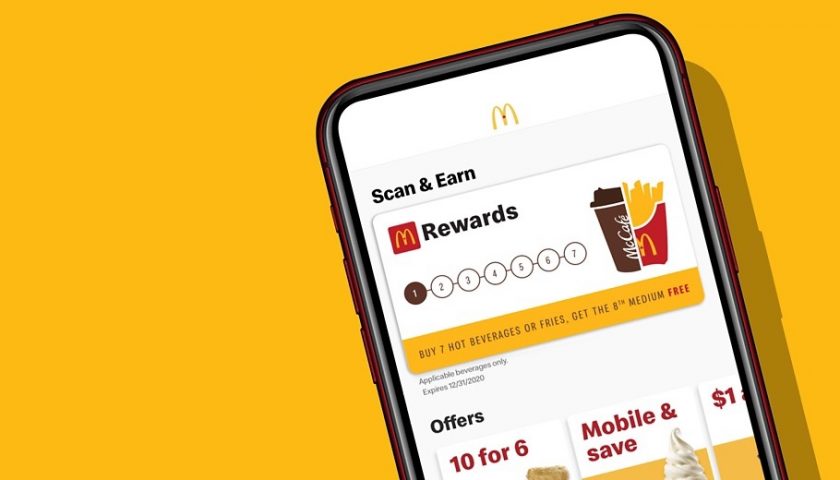 McDonald’s new app-based loyalty program, which will begin on July 8, is designed to attract new customers and keep current ones coming back for more. As an important plus, the program will provide McDonald’s owners with customers’ data and ordering habits so the restaurateurs can reach out to them with deals tailored to their buying habits. This data gathering is increasingly important now that Google and Apple Inc. have permitted their users to opt out of tracking.

MyMcDonald’s Rewards, available exclusively through the company’s app at participating restaurants nationwide, credits customers with 100 points for each dollar they spend. Just for signing up, patrons receive an automatic 1,500 points in return for the first order in which they use the program – instantly entitling them to a chicken sandwich, cheeseburger, vanilla cone or hash browns. At the 3,000-point threshold, the points can be swapped for a six-piece order of chicken nuggets, medium fries, a sausage burrito or a large iced coffee. At 4,500 points, customers can opt for a Filet-O-Fish sandwich, large frappe or sausage McMuffin with egg. At 6,000, they can score a Happy Meal, Big Mac, a Quarter Pounder with cheese or a bacon-egg-and-cheese biscuit.

MyMcDonald’s Rewards was announced in November as part of multiple digital initiatives by McDonald’s, among them automated order taking and express pickup lanes for diners who order digitally. McDonald’s already had been operating a limited rewards program for coffee via its app. That deal is being absorbed into the expanded loyalty program that was tested in several U.S. cities in advance of the comprehensive rollout.

Loyalty programs have been gaining steam throughout the fast-casual and quick-serve restaurant industry. McDonald’s itself has had a loyalty program in other nations, including France.

And the company’s largest rivals, including franchisors Burger King and Wendy’s, offer loyalty programs, and executives at those chains have credited their programs with improving sales overall and increasing the downloads of their apps. Franchise brands Popeyes and Taco Bell previously launched rewards programs to retain the digital customers that they had gained during the Covid-19 pandemic. Another franchise competitor, Panera Bread, has offered a loyalty program for several years; Teriyaki Madness and Dunkin’ also have loyalty programs. Non-franchise competitors Starbucks and Chipotle Mexican Grill operate robust rewards programs, too. During June Chipotle updated and upgraded its rewards program, enabling members to exchange points for more than 15 menu options including free guacamole and beverages. Previously, it took longer for customers to earn the rewards, which could be applied only to a free entree. Chipotle members earn 10 points for every $1 they spend in the restaurant, online or in the app.