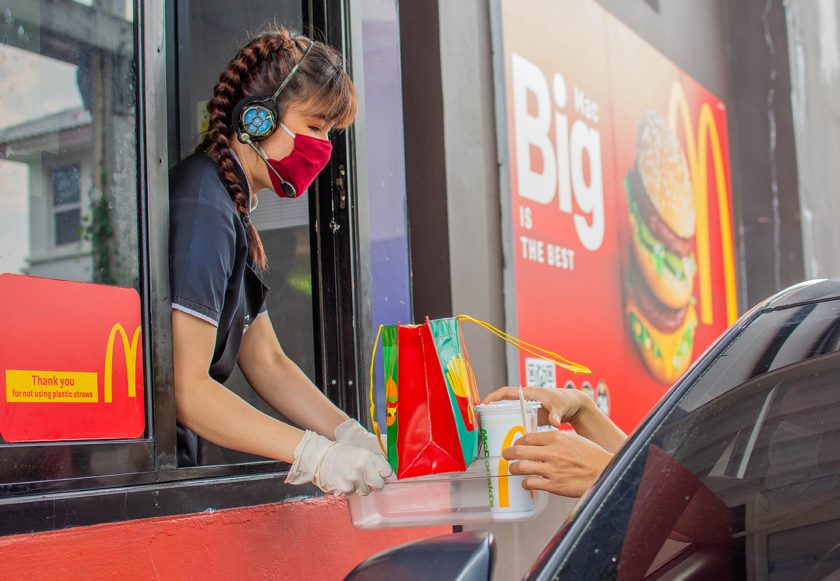 As Congress moves toward passage of more coronavirus relief, it can’t come too soon for small businesses, including franchises and their diverse endeavors. Probably the most prevalent of these businesses is your friendly neighborhood fast-food restaurants.

Cars are lining up at their drive-through lanes, but no one is eating inside the dining rooms. Citizens are cautioned about the current surge in cases of COVID-19 and are being warned or ordered not to leave their homes. In some parts of the United States, such as California, closures and lockdowns are strict once again. The bottom line is that business is down, way down.

Owners of many fast-food restaurants – and other types of franchises – are wondering how they will cover their overhead, which hasn’t declined in parallel with the loss of customers.

“It’s bad,” International Franchise Association spokesman Stephen Worley told Gray Washington Television News Bureau this week. “It means that less money comes in for these businesses to keep employees payrolled and continue providing benefits and continue being these pillars of the community that they are.”

The IFA has called on Congress to approve aid immediately, and bipartisan legislation totaling about $900 billion in federal spending appears likely to pass within days. The new stimulus package contains about $330 billion to help small businesses, Sen. John Thune (R-S.D.) told Reuters. This sum would include small-business loans.

In addition, Thune said, most Americans would receive stimulus checks of up to $600. They will qualify for the money based on their income levels. This is half of what Americans received under the spring coronavirus relief legislation.

Lawmakers also were considering $300 per week in federal unemployment benefits, which again is roughly half of what was given last spring but expired during the summer. The need for unemployment assistance became more urgent on Thursday, when the Department of Labor reported that another 885,000 Americans filed for jobless benefits during the preceding week.

In moving toward passage of the relief plan, congressional leaders seem to have gotten past two immense sticking points. Senate Majority Leader Mitch McConnell had long insisted that businesses have liability projections from pandemic-related lawsuits; that language is out of the current proposal. Democrats have had to forgo the aid for state and local governments that they had pushed for. The aid package does include money for distributing the COVID-19 vaccine, however.

Other obstacles remain, among them the decision on whether to increase Federal Emergency Management Agency payments to local governments in order to reimburse them for COVID-19 expenses such as personal protective equipment for school. Democrats support this funding but Republicans don’t.

The White House has given its full support. The Wall Street Journal reported Thursday that President Trump is “adamant on delivering relief to workers, families, and small businesses before the holidays,” quoting White House spokesman Ben Williamson.

McConnell, who Thursday afternoon reported that lawmakers were close to an agreement, said the cost of the relief package would be partially covered by $400 billion in funds moved from elsewhere within the federal budget. The package is part of a broader federal budget bill of $1.4 trillion that requires passage by Friday night to avoid either a government shutdown or another short-term stopgap spending bill.

McConnell predicted that another stopgap bill would be needed to give lawmakers more time to iron out details. “We’re going to stay right here until we’re finished, even if that means working through the weekend, which is highly likely,” according to The Wall Street Journal.

Senate Minority Leader Chuck Schumer of New York echoed agreement in the same article. “None of the remaining hurdles cannot be overcome. Everyone is committed to achieving a result, and we will not leave until we get the job done.”

Previous ArticleHow Franchise Owners Can Market Their Business BetterNext ArticleHow Much Can Branding Be of Value to Your Business?