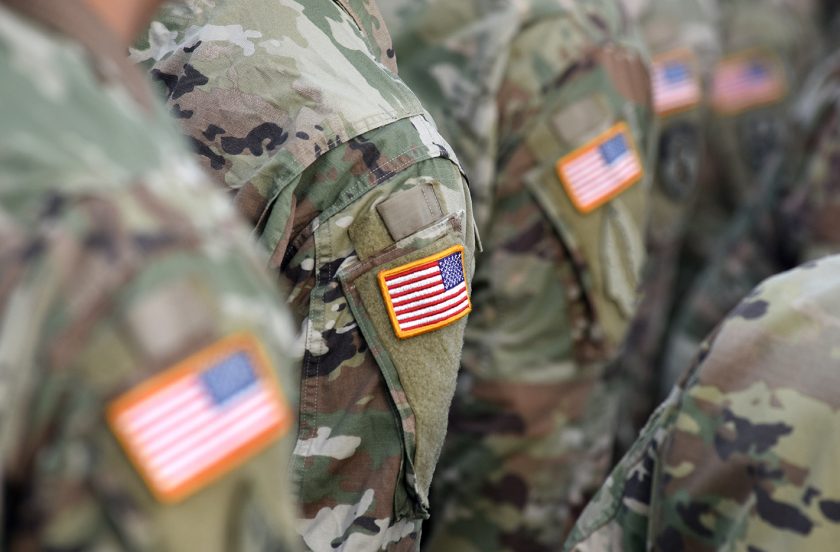 This Hair Styling Franchise is a Fantastic Fit for Veterans

Serving in the military may not sound like a proving ground for managing a lucrative hair styling franchise, but try telling that to two of Fantastic Sams franchisees – including one veteran who just won one of the company’s prestigious awards, and another who owns 11 salons in North Carolina.

Sam Murray, who served two tours in the Middle East as a member of the U.S. Army Military Police, was the 2016 inaugural recipient of the company’s Horizon Award – given to a new franchisee – for his exceptional dedication to community relations and brand awareness.

“I had been in Iraq for about one month when I got my first taste of real action,” he says. “A taxi driver had been kidnapped in a neighborhood known to be a hotspot for insurgents and we quickly put together a mission plan and began practicing for his rescue. Because I was the newest man on the team, I was given the job of “door man” – I would be the first one in the door. We were able to break down the door. The man began crying, hugging us, kissing us on the cheeks and saying, ‘I love America.’”

Back home, Sam decided to go into business for himself and began investigating franchise ownership.

“I probably looked at 15 different franchises, including everything from school fundraising to restaurants, to kids’ bounce-house party props,” says Sam. “You name it, I looked at it. When I learned that Fantastic Sams was a viable option here, I immediately recognized the brand because I grew up going to them. I was an Army brat, and wherever we lived, there was always a Fantastic Sams.”

Sam and his wife Mary Margaret became franchisees and opened their first salon in Mint Hill, NC, re-establishing the brand in the greater Charlotte market.

As he worked with team members to build the company’s first salon featuring the new design, he was also busy introducing himself to members of his community. He ordered new logo dress shirts and tasked an intern, a high school neighbor, to canvass the community to identify advertising opportunities, costs and contacts in advance of the salon opening. He also joined the Chamber of Commerce six months before the opening, attending meetings and becoming the “face” of his business.

Fantastic Sams offers veterans special discounts and other benefits to help them get started.

“The reduced pricing for veterans really sealed the deal for me,” Sam says. “And then the corporate team threw in a lot of free hair care products, so I had a fully stocked inventory on day one.”

Since opening, Sam has been able to spend time with his family while also growing his Fantastic Sams salon franchise — the two goals he had in mind at the outset. And because the Murrays certainly love a challenge, Mary Margaret gave birth to their third child one week before the salon opened.

From Army Recon to Salon

Jerry Harmon, who served in the Army in the 82nd Airborne Division from 1969 until 1977, is another “Tar Heel” franchisee. Today he owns and operates 11 Fantastic Sams salons in the eastern NC area. He recently won the Fayetteville Best Businesses Award.

After basic training, he learned armored recon and attended parachute jump school, eventually becoming a fireteam leader – his first experience managing people, he says, adding that to this day he still uses many of the techniques that he learned in the military.

“In the Army I learned that you must get your team’s respect before you can get their buy-in, and working with stylists is very similar,” he says.

After leaving the military Jerry worked for various companies in management positions. He and his wife Bonnie owned a beauty school and, in 1998, decided they wanted to get into the salon business.

“We opened our first location in Clinton, NC, in May of 1999, and in 2005 decided we would sell the school and work to build the Fantastic Sams brand in the Fayetteville market,” Jerry explains. “My training in the military, especially being fair but firm, has helped me succeed. I learned how important it is to always follow through with what you tell an employee you will do.”

Dealing with military privates and dealing with stylists is actually similar, he laughs.

Jerry’s advice is to listen to what your stylists have to say and make them part of the decision making process so they will take ownership of the task at hand.

Many military veterans are exploring franchise opportunities and Fantastic Sams helps them by offering discounts, says Linda Chadwick, President and CEO.  Qualified veterans can receive 25% off a multi-license package of three or more salons, she explains, so that in addition to opening their first salon franchise, future locations can be mapped out according to an established development schedule.

“For a veteran who’s looking to get a strong business up and running, and not wait years for a solid return on that investment, this kind of forward thinking is very impressive,” she says. “Veterans often put a great deal of stock into creating a precise plan and then executing that plan faithfully.”