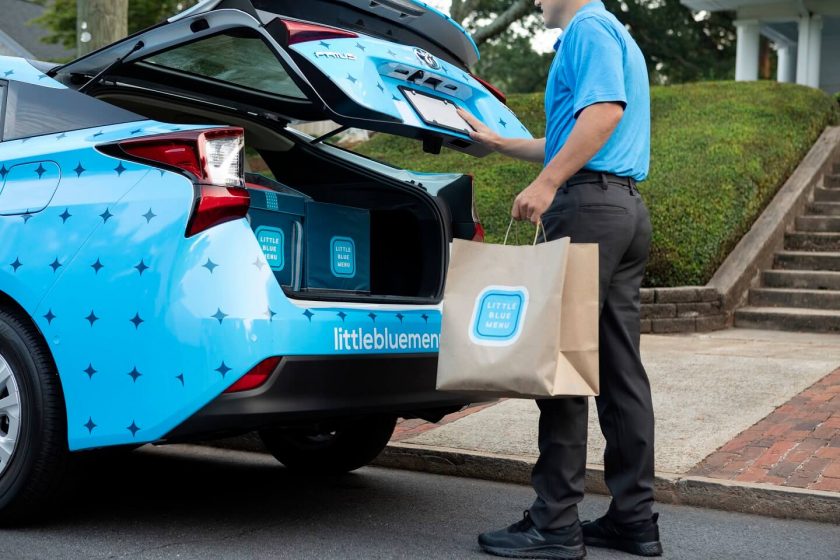 The Little Blue Menu concept will launch in Nashville this year, followed by an Atlanta site in 2022

Little Blue Menu, a delivery-only kitchen that’s an affiliate of Chick-fil-A, will allow customers to choose foods from four restaurants’ menus and combine the items into one delivered order. The concept will debut in Nashville this fall and an Atlanta location will open in 2022. Little Blue Menu is named after Chick-fil-A founder S. Truett Cathy’s original blue menu at the Hapeville Dwarf House, where Cathy developed the original chicken sandwich that is the mainstay menu item at more than 2,700 American restaurants.

The idea driving the bundled-delivery concept is that diners sometimes don’t agree on what they want to eat but would like for everything to arrive at once and be handled as one transaction. The Little Blue Menu’s delivery kitchen will feature offerings from three new virtual restaurants as well as menu options from Chick-fil-A. The new restaurants are Flock & Farm, Garden Day and Outfox Wings.

“The flavor profiles are fantastic,” says L.J. Yankosky, senior director of the beyond-the-restaurant team at Chick-fil-A. Stuart Tracy, the company’s senior culinary lead developer, created the menu items from scratch. As a chef at restaurants in Charleston, S.C., and Atlanta, Tracy is known for preparing elegant yet approachable food, according to Chick-fil-A. Yankosky said he is “particularly excited about the delicious oven-roasted chicken from Flock & Farm. The restaurant features marinades made fresh in-house, which were perfected by Stuart and his team.”

Kanika Patrick, in charge of marketing for Little Blue Menu, said customers of the Nashville site will be given the opportunity to provide important feedback before the concept scales up elsewhere. “After the Nashville pilot opens and customers share their honest opinions about the virtual restaurants, we will have the opportunity to tweak or add new menu items,” Patrick says. With each order, customers will receive a link via text message so they can participate in a survey about the food and experience.

Three years ago, Chick-fil-A’s first delivery-focused restaurant opened in Nashville; the same location will house the new virtual brands. “Delivery is here to stay,” says John Moore, one of three Chick-fil-A franchisees who will oversee the Little Blue Menu in Nashville. Deliveries from Little Blue Menu will be made in a radius roughly 10 minutes away from where the food is prepared.