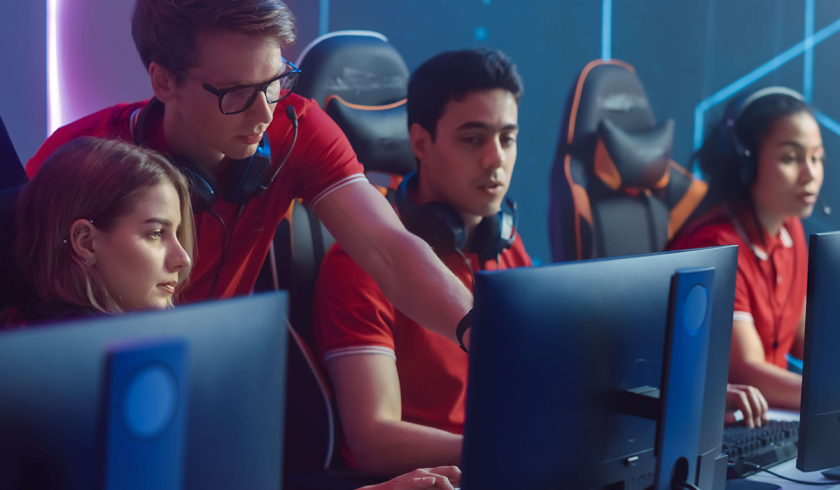 Esports Franchises Have Taken the World By Storm. Here are 6 Things to Know Before Investing.

Entrepreneurs have found success in every industry imaginable: fast-food, senior care, pet care, automotive services, and more. But there is a new and exciting industry that is starting to make waves in franchising: esports. According to‍ Statista, the global esports market is expected to be worth $2.89 billion by 2025. For the uninitiated, esports are organized gaming competitions that are played while fans watch. These competitions take place in arenas and are played for cash prizes – sometimes sizable ones worth seven figures.

Tournaments consist of teams from different leagues facing off in popular games such as Fortnite, Rocket League, League of Legends, Valorant, and Overwatch. Streaming services like Twitch and live events allow spectators to watch their favorite gamers compete. While esports have been very popular in Asia and non-western nations for some time, its popularity in the U.S. has just recently skyrocketed. For those looking to become franchisees with an esports brand, here are six things to know before investing.

With an esports franchise, investors can cash in on a growing global market. Unleashed Brands acquired the XP League esports franchise due to the industry’s popularity. Another example of an esports franchise is Valhallan, which awarded more than a dozen locations throughout the East Coast in its first month of franchising. Valhallan established itself as a leader in youth esports after it acquired the North American Esports League (NAEL), a youth esports league. This brings Valhallan’s arenas and training program together with tournament play.

Esports are popular among young adults – very popular. Since 55% of all esports fans are between the ages of 21 and 35, esports franchise owners benefit from a youthful fan base. Esports have become so popular with young gamers that 175 colleges and universities have joined the National Association of Collegiate Esports, which recognizes varsity esports programs and gives out scholarships. Esports are also watched more than all other sports leagues except the NFL.

Additionally, esports are a global phenomenon. For example, Valhallan is looking for franchise partners in the UK, and China was the first major competitive League of Legends region to franchise with no relegation. League of Legends is a team-based game with more than 140 champions and 10 separate regions managed by Riot Games, a game developer and esports tournament organizer. When users create a Riot Games account and download League of Legends, they are assigned to a server in their region. These regions include North America, Europe, and Korea. For those looking for franchise opportunities outside of the U.S., the esports industry isn’t lacking in international business possibilities.

With an esports franchise like Valhallan, franchise owners provide players with a unique training experience. Valhallan’s program, which is called “the Legendary Path,” takes players on a nine-level, 18-month customizable journey that develops life skills and gaming mastery. The nine levels are broken down into three categories to designate levels of mastery: recruit, elite, and legendary. This esports franchise goes beyond a darkened room with computers. Additionally, coaching and team building lead to increased comradery between players. Valhallan provides franchise owners with all of the tools and services needed to launch and manage an esports arena.

Esports franchise owners have the opportunity to positively impact children’s lives by teaching them skills like sportsmanship, team work, and friendly competition. Not only that, but with an esports franchise like XP League, there is individualized training for coaches and players. All are welcomed to play esports, making it attractive for beginners and experienced esports players.

There is Little Regulation with Esports

While little regulation may be a negative thing in some industries, it is not the case with esports. There have been debates in the industry as to exactly how it should be regulated, especially when it comes to gambling. While there is no international body that regulates esports, countries have some regulations on the national level.

For example, South Korea established the Korean Electronic Sports Association (KESPA) in 2000, which is responsible for licensing and regulating professional esports players. In France, there is the French Esport Association, which issues two legislative decrees. France is the first European country to establish rules for regulating esports. These decrees deal with regulating the organization of video game competitions and the salaries of professional players. The average contract for players is between one to five years, and players under 12 can’t compete in events where money is awarded. It should be noted that betting isn’t part of regulating esports, and Nevada is drafting legislation for a governing body to oversee the esports industry.