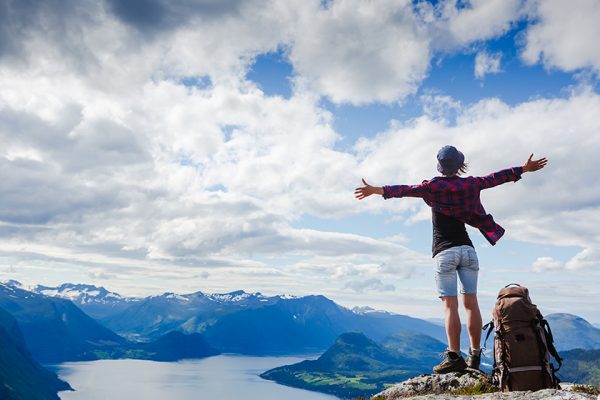 Franchisees can reach new heights with every type of franchise ownership

This summer, several friends posted images of hikes through gorgeous mountainsides. It made me think about franchise business ownership and how it compares to climbing a mountain. For example, both can be challenging as well as rewarding. To be successful at either, you have to be prepared and go all-in. And just like mountains, businesses can be scaled.

When looking at franchise ownership, you may not initially consider multiple territories. One single location can be daunting enough. However, there are many business owners that have become tremendously successful by owning several fitness concepts or quick-service restaurant establishments. This build-up doesn’t happen overnight, but it’s something to consider in your overall business development strategy.

In the single unit ownership model, you are responsible for one territory. The definition of territory varies from franchise to franchise but is typically based on population size. The territory could also be based on household income or the number of single-family homes in a specific area. It all depends on the concept and the driving factor for their customer base.

There are concepts that have several hundred thousand people in a single territory, making multiple territories unnecessary for growth. So how do you scale one single unit?

Adding employees (and vehicles, depending on the business)

The home services industry, for example, will allow you to expand based upon vehicles on the road. To get started, you might have just one truck zooming around your territory. When you get to a point where you are so busy and cannot respond promptly to new inquiries, then it’s likely time for your second vehicle and more help. The timing for growth could be at the end of your first year in business or even sooner. You could scale to three vehicles in one territory within a three-to-five-year timeframe — which, in time, could double or triple your revenue. With many home-based concepts, adding more salespeople — and a larger team in general — is the key to scaling.

Another way to scale a business in a single unit franchise is by looking at concepts with multiple revenue streams. There are concepts that have numerous customer solutions. In the beginning, you may only focus on a few as you get your feet wet and learn the business. One home-based marketing franchise offers five advertising options. You can easily see how you can grow this concept by working with clients on one or two of the offerings and then going back and adding on complementary products that will help their business (as well as yours!) grow.

We agree that dipping your toe in business ownership can be intimidating and scary. You are reviewing a fantastic concept and the franchise developer tells you that the average owner has three territories. He says to really build your business to its best potential, you should own more than one territory. What do you do? There are many concepts where multiple territories are the norm. A question you may want to ask is, “If the average owner has three territories, what is the average amount of territories that are actually open?” If the concept is an emerging franchise, then this number may be low due to its infancy. But if the franchise is well established and most owners still only have one territory, then that should give you pause.

On the flip side, if franchisees own three or more territories and all three are up and running, then this is a discussion that you want to keep having. The franchisor will have a plan in place for how soon you should open the next territory, and that criteria will be outlined in the franchise agreement. There are tremendous advantages to being a multi-unit owner, including having a pre-defined territory that no one else can come along and take. You can build upon your existing business easier since you have created brand awareness in your first territory. Your second or third business opening will be much easier since you are experienced from the first location.

A master developer is a high investment concept. Consider your local Dunkin’ shop. That owner/operator more than likely has ten or more locations all in the same vicinity. The owner has a monopoly of sorts for that brand in your local community. Since all locations are close in proximity, employees can be shifted around as needed. Each business is easily accessible for management to quickly access.

For this level of franchise ownership, you are developing an entire region and often receive a substantial discount as a result. Often an area developer will own more than thirty locations and has exclusivity for that entire area for the length of a contract (typically ten years or more). An area developer can choose to build out the franchise locations in a specific timeframe as set forth in the franchise agreement or they can sub-franchise their territories. In this case, they now are responsible for recruiting and training franchisees to purchase territories within their area. The benefit for the franchisor is that they are just working with one franchisee instead of several. Franchisors seek area developers with extensive industry and business knowledge to help build their brands.

It is important to note that both the master and area developer loans are not eligible for Small Business Administration (SBA) loans. The SBA expects business owners to be more hands-on and that is just not feasible with these business models.

Remember, there is no right or wrong way to scale your franchise business. Each option gives you a different way to grow your business and reach those peaks you always dreamed about.

“Every mountain top is within reach if you just keep climbing.” – Barry Finlay

What food franchises does Shaquille O’Neal own? 4149