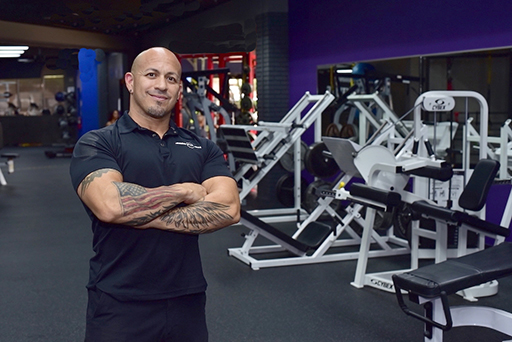 Outlaw FitCamp is rewarding on so many levels, says Jesse James Leyva, the founder and president of the franchise. “For more than 20 years, I’ve been blessed with a job doing something positive in the world where I have an impact on people for the better. The franchise industry has impacted my life by allowing me to share the joy of owning a fitness business that helps thousands of people, and now I get to share that passion with others. Franchisees also avoid mistakes because best practices are nailed down. Now I get to enjoy watching their success, and that’s a whole other level of excitement!”

“For more than 20 years, I have been blessed with a job doing something where I can impact people for the better.”

Leyva also is bullish on the franchising industry as a whole. “I think that the Covid-19 pandemic actually helped clean up the fitness franchise business and elevated the level of sanitation and thought behind how companies do things.” He adds that Outlaw FitCamp has a big step up on competitors because it’s a “whole different type of fitness franchise, one that separates itself from the herd” so it stands out in the highly competitive fitness market. That distinction helps franchisees succeed, he says.

Another important way that Outlaw FitCamp gives its franchisees a leg up in business is by including four months of transitional/leadership coaching, which starts them off right. Outlaw’s varied royalty structure is a plus for franchisees as well. In addition, Outlaw builds leaders and offers future growth strategies. “We help our franchisees be and stay successful,” Leyva says.

Send this to a friend