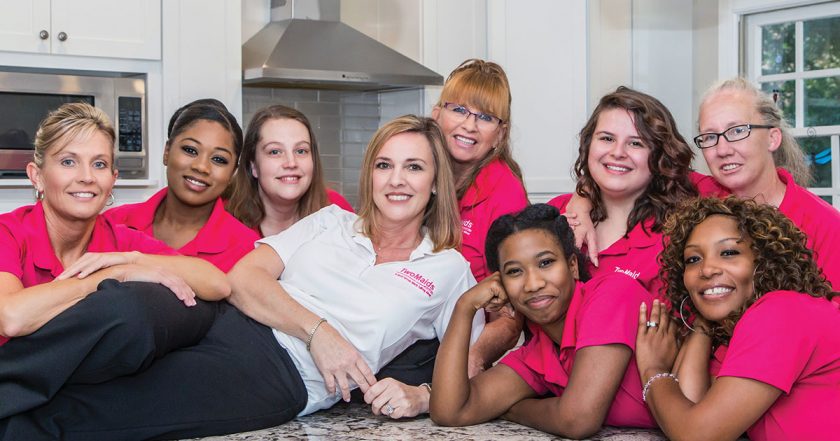 Two Maids & A Mop, the leading residential cleaning franchise, announced today that it achieved significant growth and success in the first half of 2021, attaining a revenue record in June with the highest network revenue record since the brand opened in 2003, and an overall 2021 YTD revenue of $18.8 million.

The company celebrated six new openings and welcomed four newly signed franchise owners, with those new locations to be opened in Fall River, Massachusetts, Reno, Nevada, Columbus, Mississippi and Montgomery, Ohio. The system experienced a 73.4 percent AUV increase from 2019, pre-pandemic impact, to the first half of 2021, showing no signs of slowing down in

their growth and success. These solid numbers across the system signify the strength of the brand and its position for a very profitable year, with expectations to open ten additional new locations before the end of the year.

“The strength and success of our system stems from the dedication of our owners and Professional House Cleaners, so we’d like to extend this congratulations on an amazing first half of the year to each and every one of them,” said Ron Holt, founder and CEO of Two Maids & A Mop. We’re lucky to have a network of owners who are so incredibly motivated and capable of achieving success alongside us as they pursue their entrepreneurial dreams, which has always been our mission.

Two Maids & A Mop continues to expand its footprint across the country with its entrance into Utah and Nevada. The force of the brand extends across its entire system, as a staggering 58 of their 90 currently opened locations achieved revenue records in June 2021, in addition to 28 of the other 32 locations achieving revenue records since February 2021. Across the system, the company conducted more than 117,000 cleans in Q1 and Q2, as customers continue to put their trust in the high-quality performance of the brand.

What Food Franchises Does Shaquille O’Neal Own? 39656

Why is Chick-fil-A Better Than McDonald’s? 6407