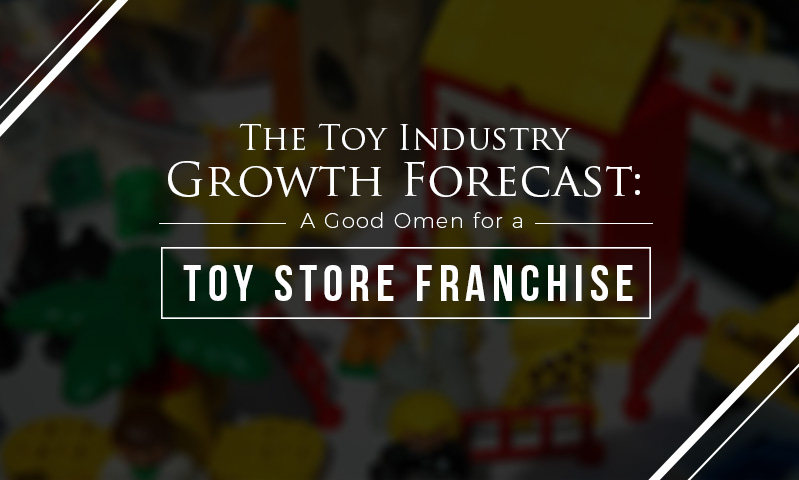 The Toys and Games industry worldwide is projected to exceed $135 billion by 2020. This forecast can serve as a good omen for businesses or start-ups capitalizing in a toy store franchise.

In statistics released by the Global Industry Analysts, a worldwide business strategy and market intelligence source, the growth forecast is driven by innovation, technology development and the launch of smart toys and educational games.

On the other hand, data from The NPD Group reported that toy revenues rose by 7.5 percent as compared with the prior-year period during the first semester of 2016. This rate surpassed the 6.5 percent growth the industry experienced during the same period in 2015.

This analysis proves that innovation, alongside the progressive digital lifestyle of consumers, is bound to pave the way for new opportunities for growth in demand in the future. On that note, here are five more reasons why the toy industry growth forecast is a good omen for a toy store franchise:

#1. Customer Base is Continually Growing

The customer base for toys and games is dramatically accelerating and ranges from children, who were once the priority target of toy manufacturers, to youngsters and adults. Juli Lenett, NPD senior vice president and US toys industry analyst, stated in a press release that manufacturers are constantly innovating to provide for the growing and revolutionizing needs of consumers.

#2. Engagement in Playing the Same Games and Toys is Declining

The US is amongst the leading countries in the world in regards to toy spending per child. In 2015, US consumers spent an average of $482 per child on toys for kids up to nine years old. This figure is influenced by the extensive range of playthings available in the global market and the declining engagement period of playing with the same toys and games among children. This has resulted in the introduction of new games at frequent intervals.

The rising disposable income is a key to driving the sale of toys and games in emerging countries. This led to a number of global companies venturing into regional Asian and Latin American markets with promising potential in the toys and games industry. Toys for preschoolers, babies and infants are gaining popularity in all emerging markets, attributed to the high density of the young population and growing birth rates. Targeting these categories, backed with a calculated pricing plan, could very well be the key to achieving growth in emerging markets.

The toy industry has posted  significant growth in 2016. Among eleven toy super-categories, seven have fueled the majority of increases, including Games and Puzzles with 16 percent, Dolls & Action Figures and Accessories, both with 12 percent. This upturn in the toy industry signals that opportunities are extensive and the consumer base is wide.

#5. The Game Trend will Continue to Thrive

As families look for more together time, Lennett stated that “the trend in games is definitely one to watch.” In addition, the NPD executive mentioned the healthy living trend will also be a potential growth driver in many non-toy categories as more millennials seek a healthier, outdoor lifestyle for their kids. This could be the signal for industry players to engage with this trend in order to maximize its full potential.

Did you find this article helpful? Subscribe now to stay updated on the latest industry news and trends.