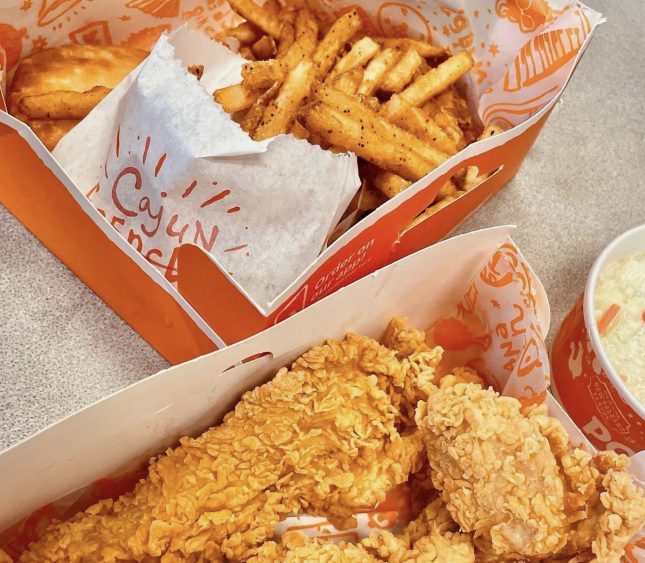 Most New Popeyes Locations Will Have Double Drive-Through Lanes

Popeyes has plans to open more than 200 new locations in North America this year. Most of the new locations will be in Canada and the United States, but the brand also plans expansion internationally, by adding sites in China, France, India, Romania, South Korea and the United Kingdom, too, according to online media reports. The company’s announcement reflects a continuation of Popeyes’ aggressive growth, with the brand opening roughly the same number of new restaurants in 2021.

Because of the fast-food purveyor’s robust drive-up business, more than half of the new stores will be equipped with double drive-through lanes. Also on tap at the new restaurants are technology upgrades that will enhance efficiency in preparation, CNN Business reported.

Although most new locations haven’t been revealed, an announcement from the brand disclosed that a few of the sites will be in New York City, including a flagship restaurant in Times Square plus others in Manhattan and Staten Island. The innovative Times Square flagship will offer customers kiosks for ordering, a small elevator that delivers food to second-story dine-in customers, and branded merchandise. The Times Square Popeyes will debut in June, when the brand will hit the half-century mark in age; the company was founded June 12, 1972, in Arabi, La.

Popeyes has performed well during the pandemic, with its chicken sandwiches a huge favorite among customers. Burger King, Chick-fil-A, McDonald’s and Wendy’s all have competed with chicken entrees on their menus,  but the Popeyes sandwich was a massive attention-getter for the brand shortly after its introduction in August 2019. That crispy chicken entrée-on-a-bun made headlines in traditional media and set social media on fire for several months.

Online statistics vary on the total number of Popeyes locations, but top figures show about 3,450 sites worldwide and more than 2,700 in the United States. Only about 30 of Popeyes are company-owned, according to online sources, and the remainder are franchises. RBI CEO Jose Cil told financial analysts in February 2020 that “we’re just scratching the surface on opportunities for Popeyes, and I firmly believe that the brand is poised to become one of the fastest-growing” among fast-food restaurant chains and franchisors.

What Food Franchises Does Shaquille O’Neal Own? 58312