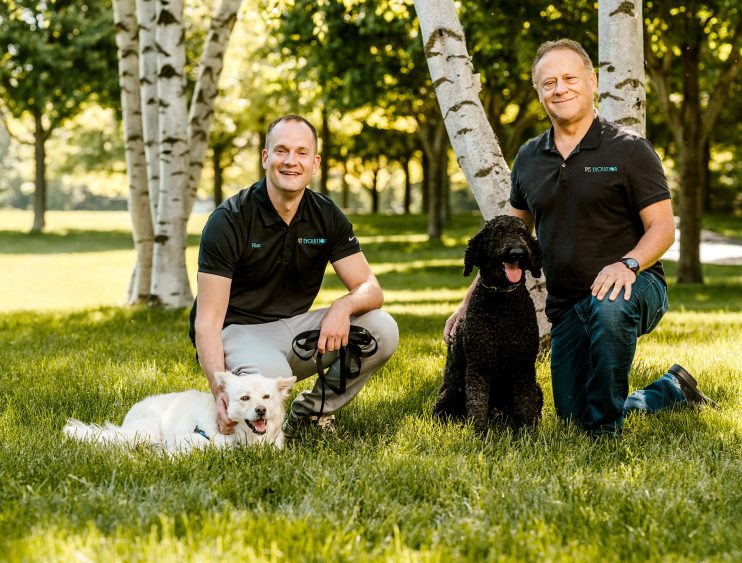 The passionate team behind Pet Evolution calls the emerging holistic pet store franchise the “Whole Foods of Pet Care.” And it’s easy to see why. Just like Whole Foods, Pet Evolution deals only in natural foods and offers holistic wellness products. Also, like the popular wellness brand, Pet Evolution has well-trained employees who are passionate about the products they sell and has a cult-like following of customers who consider the store a godsend in terms of wellness. That was certainly the case for franchise industry veteran Peter Carlson (right) who came into the Woodbury, Minn., store seeking a remedy for his standard poodle Leo’s never-ending digestive problems. “I tried everything and grew more and more frustrated,” he says.

When Carlson described Leo’s ailment to the young woman behind the counter, she offered a solution, plus an education on why dogs like Leo struggle with digestive problems. “I was so impressed at her knowledge and the results. With the food she recommended, I had a whole new dog and also a vision to make Pet Evolution a household name,” he says.

It wasn’t long before Carlson met with Pet Evolution co-founders Rian Thiele (top left) and Mike Osborn and proposed a partnership. “We hit it off right away. As a customer, Peter shares our core values and mission of offering the best foods and toys possible for pets,” says Thiele. “He also has an impressive franchising background.”

Carlson’s experience includes building and selling some of the largest regions for franchise giants Massage Envy and Amazing Lash Studio. His growth plan for Pet Evolution is similar: expansion through regional development.

Pet Evolution is well on its way to becoming a household name. Since launching the franchise opportunity in 2021, 12 regions have been sold, plus an additional 13 units. “We’re going to build the largest wellness pet brand in the country,” says Carlson.

Whether investors are regional developers, owner/operators or multi-unit semi-absentee owners, the Pet Evolution team says investors should have one thing in common: a passion for pets and the brand. “We want to grow Pet Evolution with people who are engaged and want to make a difference,” says Thiele.

Booming industry: The pet-care industry is estimated to be worth $275 billion by 2030.

Strategic growth: Pet Evolution is growing rapidly through regional development. There are currently 12 regions sold in the U.S.

Learn more about the Pet Evolution franchise opportunity at www.petevolutionfranchising.com