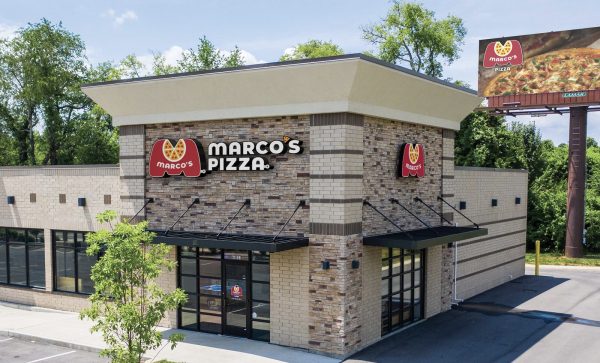 Marco’s Pizza, one of the nation’s fastest-growing pizza brands, announces its expansion strategy for the greater Cleveland area, detailing plans to add five new stores to the market by 2025 by partnering with qualified franchise operators.

Nationally, the pizza brand has signed 98-plus franchise agreements year-to-date, with over 200 stores in various stages of development, as Marco’s aims to grow its 1000-plus unit footprint

by more than 10 per cent this year. The fast-growing pizza brand is experiencing explosive growth, record-breaking sales, and continues to innovate and pilot new programs to sustain its performance. Opening a new store every three and a half days on average, the Top 50 per cent of its franchised stores generated $1,059,574 AUV for 2020*.

Marco’s has been operating in the greater Cleveland market since 1989, now boasting 50 thriving locations. With growing brand awareness and open real estate in prime available territories, Marco’s seeks hands-on operators and experienced investors to join its winning team and grow in this established market. “We’re seeking candidates who are passionate not just about

Marco’s Pizza as a brand, but also about being committed to community,” said area representative Matt Baker. “We’re a beloved brand throughout this region and want to be sure we grow with franchise partners who share our passion for community. While we’ve identified these as prime markets for development, we’re open to other areas in greater Cleveland-Akron-Canton Ohio as well.”

Baker has been a Marco’s Area Representative for 10 years and a franchisee for over 15 years – but most notably, he’s been working for the company since the 1980s when he was just a teenager. Today, he and his business partners – Jones and Jaynes – are the Area Representatives for 14 stores in the Cleveland territory.

What food franchises does Shaquille O’Neal own? 4803

Why is Chick-fil-A better than McDonald’s? 2906