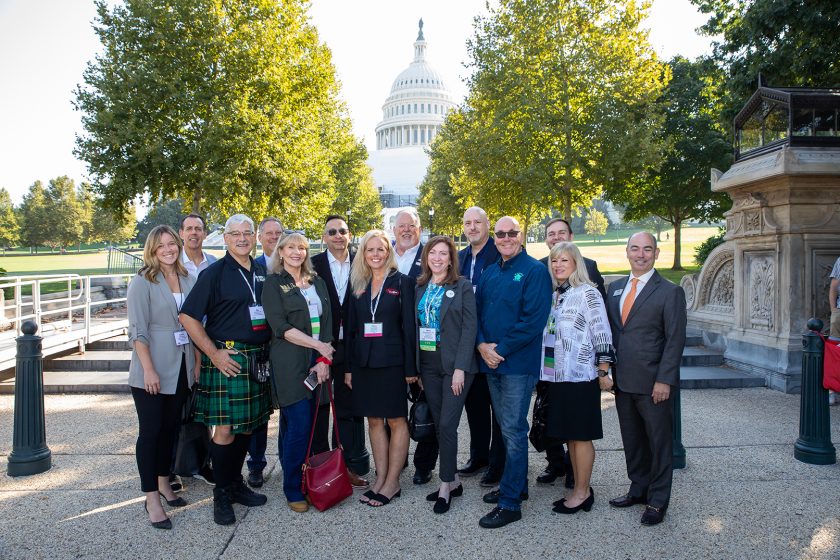 More than 300 franchise industry officials pressed their concerns with officials representing some 200 members of Congress during the International Franchise Association’s Summit and Franchise Action Network Meeting in Washington D.C. At the event, 23 IFA members received inaugural Open for Opportunity Awards.

IFA President and CEO Matthew Haller pronounced the Capitol Hill meetings “critical to protecting the franchise business model. Lawmakers and regulators gave great insight to attendees, and panels of IFA members shared their experience and expertise with their peers. Everyone in attendance left D.C. feeling inspired and motivated to continue to fight for franchising and the opportunities it creates.”

The Leadership Summit featured sessions to inform members about important policy areas as well as insights about possible regulatory changes that could occur during the next year. Franchising leaders also suggested approaches for increasing industry opportunities for minorities, veterans, women and other underrepresented groups during the late September gathering.

The Washington fly-in conference also marked the one-year anniversary of the IFA’s Open for Opportunity campaign. That campaign, which included events in various U.S. cities, informs people about how the franchise business model works and how franchising gives back to society via employment, initiatives for veterans, equity for all, support for communities’ nonprofits and individuals in need, and more.

Keeping the campaign’s mission in mind, IFA selected 23 members to receive the organization’s first Open for Opportunity Awards. The honorees, all participants in the campaign, were chosen for their positive influences within their communities, on their workers and in spreading word about opportunities in franchising.

The following franchise professionals were recognized at the first-ever IFA Open for Opportunity Awards during the International Franchise Association’s Summit and Franchise Action Network Meeting.

About the International Franchise Association

The International Franchise Association (IFA) is the world’s oldest and largest organization representing franchising worldwide. IFA works through its government relations and public policy, media relations, and educational programs to protect, enhance and promote franchising and the approximately 775,000 franchise establishments that support nearly 8.2 million direct jobs, $787.7 billion of economic output for the U.S. economy, and almost 3 percent of the Gross Domestic Product (GDP). IFA members include franchise companies in over 300 different business format categories, individual franchisees, and companies that support the industry in marketing, law, technology, and business development.

Previous ArticleMcThrowback: Happy Meals for Adults Serve a Side of NostalgiaNext ArticleMoms on the Run Announces Krista Olsen as Director of Operations