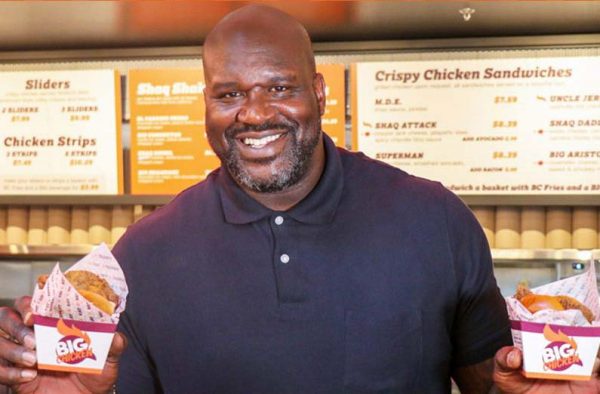 NBA legend Shaquille O’Neal, aka Shaq, will be the general speaker at the International Franchise Association’s (IFA) 2022 Annual Convention on February 28. Not only is Shaq a cultural icon who knows a lot about leadership and being a team player on the court, but he is an accomplished businessman in his own right. The four-time NBA Champion and Hall of Famer has proven to be an impressive entrepreneur and franchisor.

A New Kind of Shaq Attack

An imposing figure, Shaq stands at 7’1″ and has already made an enormous mark on franchising. He founded Big Chicken in 2018 and is its majority owner. The brand is known for its chicken sandwiches bulked up with items like macaroni and cheese and coleslaw. While Shaq has a reported net worth of about $400 million, most of that money comes from his investments in franchises. Shaq’s franchise investments have included Auntie Anne’s, Krispy Kreme, Papa John’s and Five Guys.

In addition to his success as a restaurant franchise owner, he was an early investor in Google and has a massive social media presence that he has used to change the world. Shaq is the second-largest individual shareholder in Authentic Brands Group, a global portfolio of brands including Aeropostale, Nine West and Eddie Bauer. He also co-founded Majority, an ad agency that focuses on opening doors for minorities looking to make it in business. Shaq undoubtedly has a lot of wisdom and experience to share at the IFA’s Annual Convention.

The IFA 2022 Annual Convention is scheduled from February 26 through March 1 in San Diego, California. It is franchising’s biggest growth and business development conference and offers educational sessions, networking and guest speakers. The IFA Annual Convention is considered franchising’s must-attend event and brings in thousands of franchise professionals from around the world. Last year, the conference was virtual due to pandemic-related restrictions.

The IFA says its convention is for everyone in franchising to chart the industry’s future while networking with some great people, including franchisors, franchisees, suppliers, and those working on expanding within the franchising industry. The event attracts the most established, experienced franchise professionals as well as newcomers to the industry. 2022 will mark the first IFA convention under the leadership of CEO and President Matthew Haller who was promoted to the position in June 2021.

About the International Franchise Association