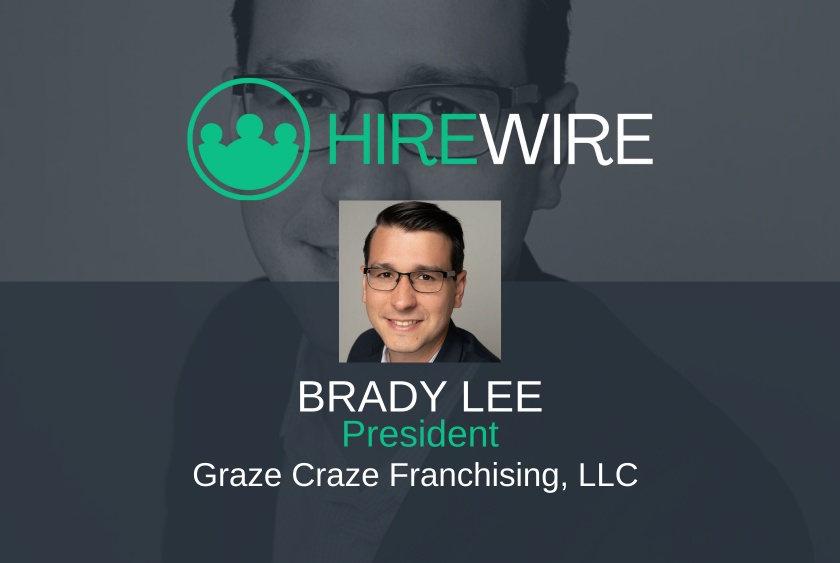 Graze Craze is a new concept that specializes in charcuterie boards — decorative snacking platters that include healthy finger foods like cheese, deli meats, fruit, nuts, crackers and vegetables. Graze Craze takes advantage of the growth of this popular trend in entertaining.

“Brady has been an asset to UFG for the past eight years in developing our franchise brands in the U.S. and Australia, and I am confident that in his new role as President, he will bring the same tenacity and passion in positioning Graze Craze for growth and making it a household name,” Ray Titus, CEO of UFG and Graze Craze, said in a statement.

Over 100 new franchises have signed since Graze Craze began franchising. This speaks to “the power of consumers’ demand for healthy and convenient alternatives and the draw of the charcuterie franchise concept,” Titus said.

Before joining the UFG’s headquarters team, Lee worked at a Signarama franchise location in Tallahassee, Fla. Throughout his tenure with UGF, he held positions that focused on franchise development both domestically and in Australia. His previous roles include vice president of franchise development, director of sales in the Australia Corporate Headquarters, and retail manager.

Graze Craze is making a name for itself in the graze-style food category and provides a new kind of dining experience with its artfully designed charcuterie boards and picnic boxes. Through its affiliation with UFG, Graze Craze has been selling franchises since June 2021. The franchise has open locations in Utah, Texas, Oklahoma, and Florida. Other locations are slated to open in Tennessee and Massachusetts.

In a statement, Kerry Sylvester, U.S. Air Force Veteran and founder of Graze Craze said, “We have a very special concept, and it was important for us to align with the best in the franchise industry. While there are many mom-and-pop charcuterie board businesses, Graze Craze sets itself apart through our affiliation with United Franchise Group.” Graze Craze products are customized for any occasion and are made with fresh ingredients.