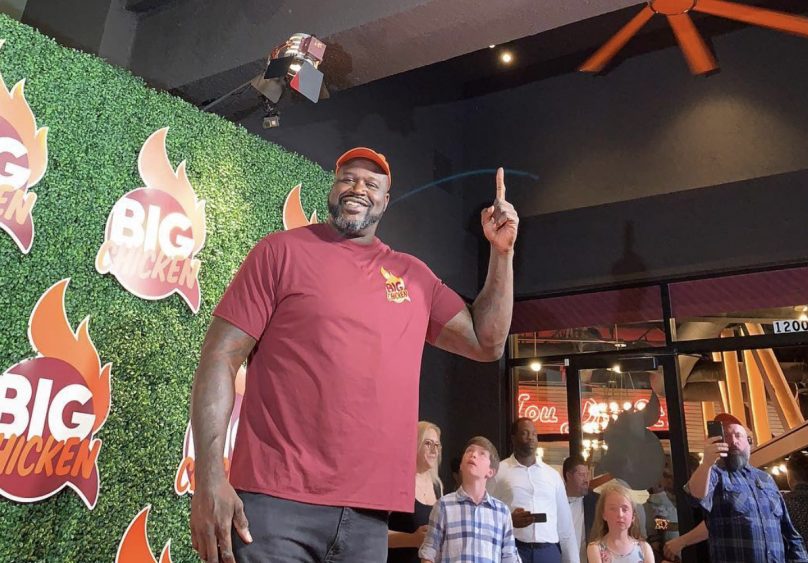 Why Do So Many Professional Athletes Become Franchise Owners?

When you think of top athletes, strong leadership skills, teamwork and sportsmanship may come to mind. But these innate qualities can be taken off the field or court and translate to a successful career in franchising.

To be a successful franchise owner, you need to be confident in your product or service, be organized and goal-oriented, and have a passion for what you’re doing. Professional athletes certainly have all of those qualities. But what is it specifically about franchising that attracts these superstars?

Like professional sports teams, franchises have a working system that is proven to be successful with a corporate structure that provides training and support. Athletes know what it’s like to follow a playbook and work as a team to achieve a goal. It is no wonder that so many professional athletes invest in franchises. These famous ballers prove that with the right amount of capital to invest, you can create your own franchise empire with no prior experience.

The football legend is known for his phenomenal talent on the field, but he has also made a name for himself in the franchise industry with investments in Papa John’s. He was a multi-unit franchisee with the company until he sold all 31 of his locations in 2018.

The NBA Hall of Famer (top photo) made his name on the basketball court, but he has also proven his business acumen. He has made investments in multiple franchises including Five Guys, Auntie Anne’s, and Krispy Kreme. He is also a majority partner and founder of Big Chicken. Standing at over seven feet tall, he may just be the tallest franchise owner ever! He recently wowed the franchise community when he spoke at the IFA’s 2022 Annual Convention.

The PGA superstar may be known for his impressive golf swing, but he is also a businessman in his own right. He owns several Five Guys locations in Orange County, Calif.

The former football superstar is a force in franchising. His portfolio of franchise investments includes Stretch Zone, Walk Ons Bistreaux & Bar, Dunkin’, Jimmy John’s, and Happy’s Irish Pub. These investments have paid off for him, as his net worth is estimated to be $120 million. Brees is also a partner at Franworth, a franchise development firm run by this year’s IFA Entrepreneur of the Year, David Barr as well as franchise veteran John Rotche.

On top of being an NBA legend, Magic Johnson has invested in franchises such as TGI Fridays and Burger King. But he isn’t just in it for himself. Through  Magic Johnson Enterprises, he invests in companies that provide products and services that focus primarily on ethnically diverse and underserved urban communities.

The former New York Giants wide receiver is an investor in Clean Juice, a juice bar franchise that serves organic juices, smoothies, and healthy food options. The juice bar brand sets itself apart as the first franchise to produce a USDA-Certified Organic product, and it works to ensure that healthy eating isn’t just a trend.

According to a study by the RBC Sports Professionals group, professional athletes on average retire at the age of 30, so they look to franchising as an excellent post-retirement career.

Athletes often go for semi-absentee ownership, which is attractive because they can treat their franchises as investments without the lifestyle change of running a business full-time.

With this type of ownership, athlete investors can diversify their portfolios and enjoy extra income while still competing professionally. It is also a great way to bring in revenue after retirement.

Previous ArticleInternational Franchise Show 2022 Set for April 8-9 in LondonNext ArticleThomas A. Wolfe Succeeds His Father as CEO and President of Ziebart International Corporation