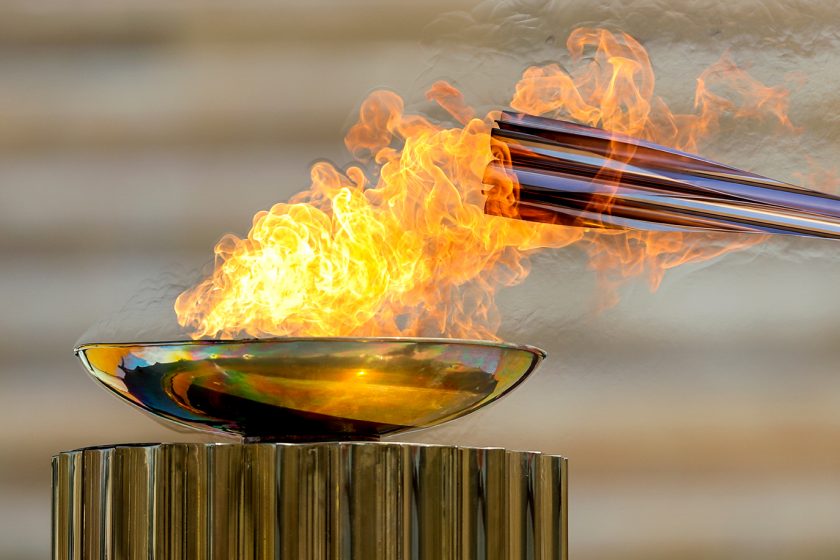 Every four years, athletes from around the world come together in a location that serves as a hotbed of athletic competition. The entire world stops what it is doing and takes notice. It’s the Olympics, of course, and it’s one of the oldest and most heroic sporting events the world has ever known.

No matter who you are, the Olympics are inspiring. Athletes from all backgrounds, races, creeds, and ethnicities come together and compete at the top of their game, churning out athletic feats that often make history. The 2021 Olympics was no exception.

If you’re an entrepreneur who owns a franchise, there’s a lot you can learn from these fierce competitors.

Whether you own a single location or a handful of franchises around the country, these franchisee success lessons from Olympic athletes will help you win Gold now and in the future:

Olympic athletes don’t just wake up one morning and find themselves competing in the Olympics. Instead, they make it a goal to compete at the Olympic level, and then they orient their entire lives toward achieving that goal. As a franchise owner, it’s critical for you to do the same.

Whether the goal is to increase sales, open another location, hire more staff, or boost your annual revenue, you must chase that goal with a single-minded focus. Specific, measurable goals help you and everyone else on your team stay focused on performing at the highest possible level, and end activities that aren’t productive.

Olympic athletes don’t wind up in the Olympics by accident, nor do they get there alone. The world’s best athletes know the value of coaching, and they invest in it from the early stages of their careers.

Being a franchise owner is similar. Even if you’re highly qualified, skilled, and adept in your chosen field, you’ll be much stronger with the help of a good coach or mentor who can help you identify your weaknesses, leverage your strengths, and view your industry with a fresh set of eyes.

3. Play to your strengths

An Olympic soccer player doesn’t wake up one day and decide she’s going to try freestyle swimming. She knows her strengths, she’s spent her whole life honing them, and she understands the value of staying in her lane. Along with these lessons from top Olympians, it is true for successful franchise owners too.

So many people spend too much time trying to neutralize their weaknesses and build muscles they don’t already have. And while a healthy interest in self-improvement is always a good thing — in life and in business–spending too much time with your weaknesses will ultimately hold you back.

Instead, focus on identifying and playing to your strengths. When you commit to doing the things you do better than anyone else, you can build a truly once-in-a-lifetime business.

There’s not a single Olympic athlete who competed this year who got there without setbacks. Instead, each athlete has some story of struggle, failure, or disappointment. What separates them from all the other great athletes in the world, though, is that they never stopped striving.

They knew their goal, they recognized their ability, and they pushed themselves every day to get better and better.

That’s exactly what separates the successful franchisor or franchisee from the unsuccessful one. Life is full of forks in the road and potholes. The more intentional you are about striving to achieve your goals, the more successful you’ll be in life and business.

Being a successful franchisee requires learning to thrive under pressure. That, in turn, requires a significant amount of resilience.

The most successful athletes (and franchise owners) are the ones who know how to bring their best when the pressure is on. They don’t let setbacks define them or destroy their belief in themselves, and they maintain an intense desire to succeed — even when life gives them a basket of lemons.

By cultivating an attitude of resilience, you can navigate the difficulties associated with owning and running a business, and continue to stand out as a successful franchise owner for the rest of your career.

For all the struggle, strife, and long days, there are hundreds of small wins along the way. Olympic athletes know how to pause and celebrate those victories, and how to use the fuel from those victories to propel themselves to the next win, and the one after that.

As you work to achieve your goals, don’t get so focused on the end game that you forget to be thankful for where you are now. Your hard work and commitment is commendable, and you’ve got to celebrate your successes where they come, even if they’re small at first.

Great franchisees are rare — they love what they do, they’re good at it, and they’re committed to being better every day. At Alloy Personal Training Franchise, we love to welcome those types of individuals into our tribe. We combine personalized service and effective technology to help the world’s most motivated entrepreneurs build the businesses of their dreams. After all, if you’re going to be in the game, shouldn’t you go for the Gold?

Rick Mayo
Rick Mayo is the founder and CEO of Alloy Personal Training , est 1992. Rick and his team have licensed the Alloy training systems to over 2,000 clubs worldwide. Alloy has recently pivoted to a full franchise model to better serve our communities and owners.

What Food Franchises Does Shaquille O’Neal Own? 39530

Why is Chick-fil-A Better Than McDonald’s? 6382